It’s 2016. By now, the business world has seen a clear shift in what defines good leaders. No longer is being a “leader” about being alone on the top and calling the shots. It’s now a lot more than that – and those who stick to the “old” style of leadership are quickly finding themselves irrelevant.

Likewise, if you don’t adapt to the new business world’s demands of its new leaders, then you just might find yourself irrelevant in just a few years. Better wise up quick! Here are the 3 hidden traits of today’s new leaders: 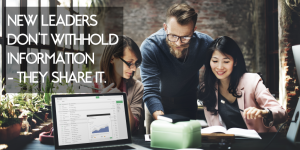 In the old corporate structure, information was withheld according to pay grade: The leaders held all the information, while the workers knew less and less the lower they were on the corporate ladder. This was precisely the reason why so many great employees leave good companies – they feel they’re not trusted or valued enough, and that they’re being treated as cogs in a wheel.

On the other hand, new leadership is open and collaborative. Instead of hoarding information, today’s new leaders use it to inspire their teams to achieve results. What’s more, new leadership is transparent – it involves every team member in planning, execution, analysis, and feedback. 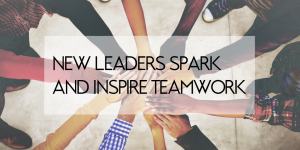 In a sense, being a good leader today is like being a master chef. It’s not enough to know the recipe – it’s also about knowing each individual ingredient and its characteristics. You need to get down on the front lines, get to know each member on your team, and let them feel you’ve got their back no matter what. 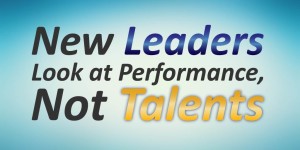 In the past, corporations grouped team members together based on their degrees and/or talents. Now, teams are formed according to performance and results, because team members have different strengths and synergies to be explored. Put simply: New leaders form teams that get results, and continually innovate to make that team better and more effective.

Right now, ask yourself: Can your leadership skills meet those new expectations? If not, then you’ll have some work to do. Start with your team: They won’t be shy to tell you what to do.

This error message is only visible to WordPress admins